For generations, military veterans have struggled in silence through the minefields of mental and emotional damage resulting from their service. With a growing awareness, more Ohio specialty courts are coming to their aid. 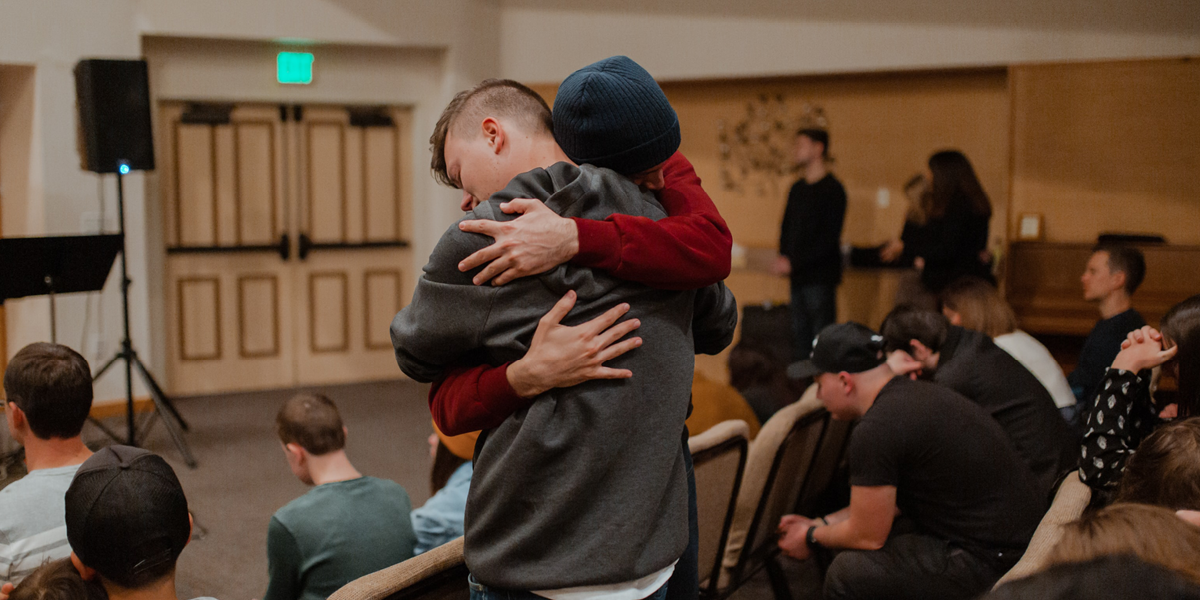 Post-traumatic stress disorder (PTSD) is a common condition that leads many military service members – past and present – into trouble with the criminal justice system.

The complexity of the disease and how it can vary inside each person has necessitated a wider approach to identifying and treating it, especially since as many as 500,000 service members have been diagnosed over the past 20 years. That necessity is heightened by the higher concentration of PTSD among veterans who end up in treatment courts.

Armed with more awareness and a will to take action, Ohio’s veterans treatment courts are addressing the issue in a growing variety of ways.

At-Risk Population for PTSD
The U.S. Department of Veterans Affairs (VA) cites research that estimates around 6% of the entire U.S. population will suffer from PTSD at some point in their lives. Studies have found veterans from the wars in Iraq and Afghanistan have screened positive for PTSD at rates anywhere from 13.5% to 30%. 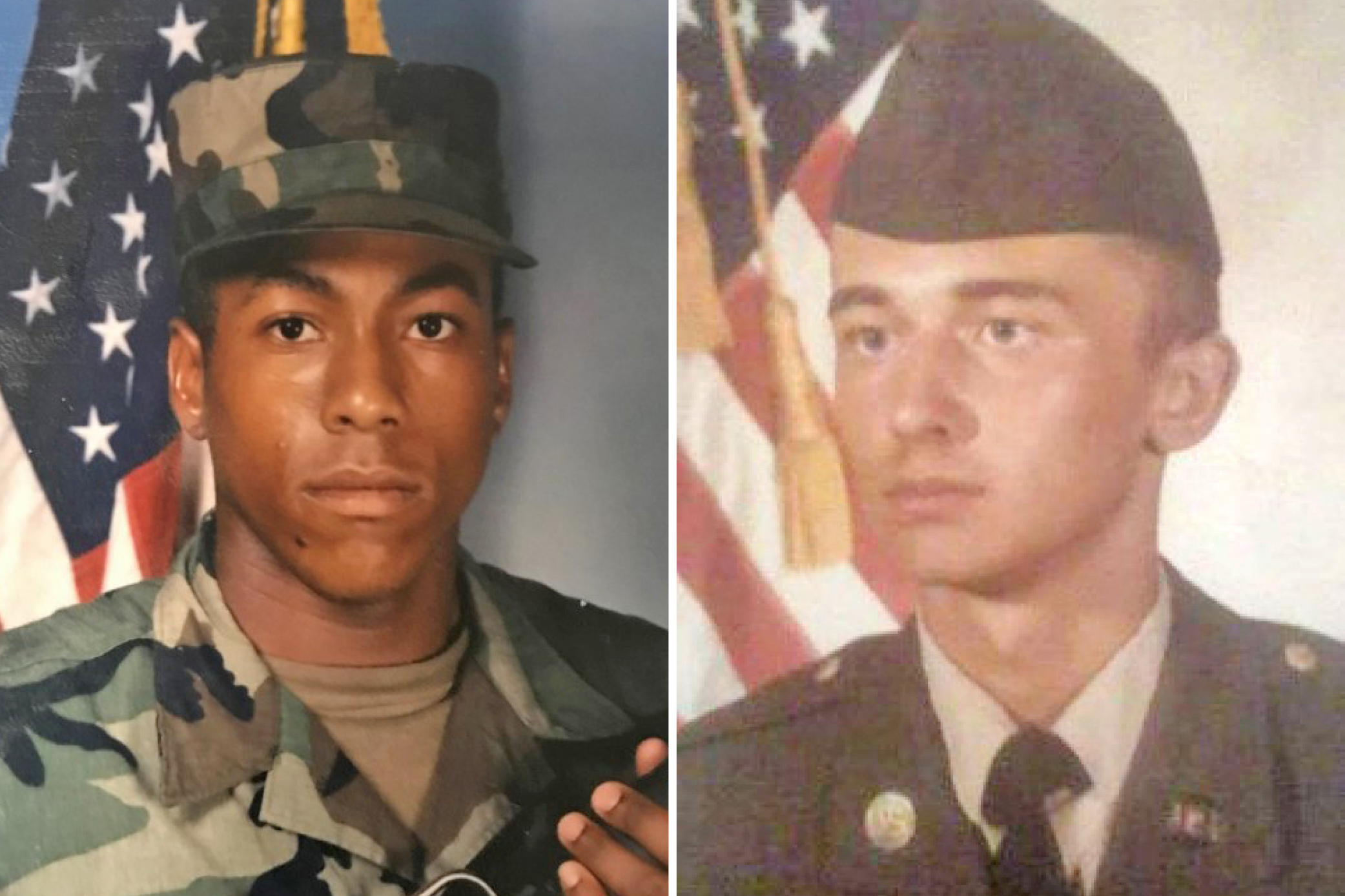 Among Warren County Court Judge Gary Loxley’s current participants in his veterans treatment court, 25% have been identified with PTSD, although there are many instances where symptoms – troubling memories, avoidance issues, negative thoughts, and emotional changes – don’t appear when these soldiers and sailors first come home from war.

Some judges estimate 50% or more of those on their veterans dockets have PTSD.

Pair that with national statistics that report an average of nearly 18 veteran suicides per day. In 2019, Ohio accounted for 4% of that sum with 257 deaths, according to the 2021 National Suicide Prevention Annual Report released by the VA.

Given those figures, it becomes clear why the number of veterans treatment courts in Ohio has risen to 29 – either fully certified by the Ohio Supreme Court or those working through the certification process.

“There’s a need for our help, and we’re going to continue providing it,” said Judge Loxley, a retired military veteran with 36 years of service in the U.S. Army and Army Reserve, and Ohio Army National Guard.

Assessment and Acceptance
A condition for acceptance into each court’s program, which is standardized by the Supreme Court’s Specialized Dockets Section, is to be screened by a clinician. If symptoms of PTSD are diagnosed, the veteran is referred to a medical professional for further evaluation.

All treatment programs collaborate with a local office of the federal VA. Some, such as Cleveland Municipal Court’s Veterans Treatment Docket, work exclusively with the VA to address veterans’ underlying issues – such as mental health and substance use – that can lead to criminal offenses.

A universal approach for all the specialized dockets is to emphasize interpersonal communication – through group and individual sessions. Those meetings take place weekly or biweekly with judges and court staff, as well as outside of judicial settings with treatment providers and peer mentors – veterans with shared experiences, including some who’ve had criminal missteps.

“Five of my graduates have become peer mentors,” said Warren County Common Pleas Judge Timothy Tepe, referring to his Veterans Intervention Court (VIC). “I can’t even begin to tell you how valuable that is.” 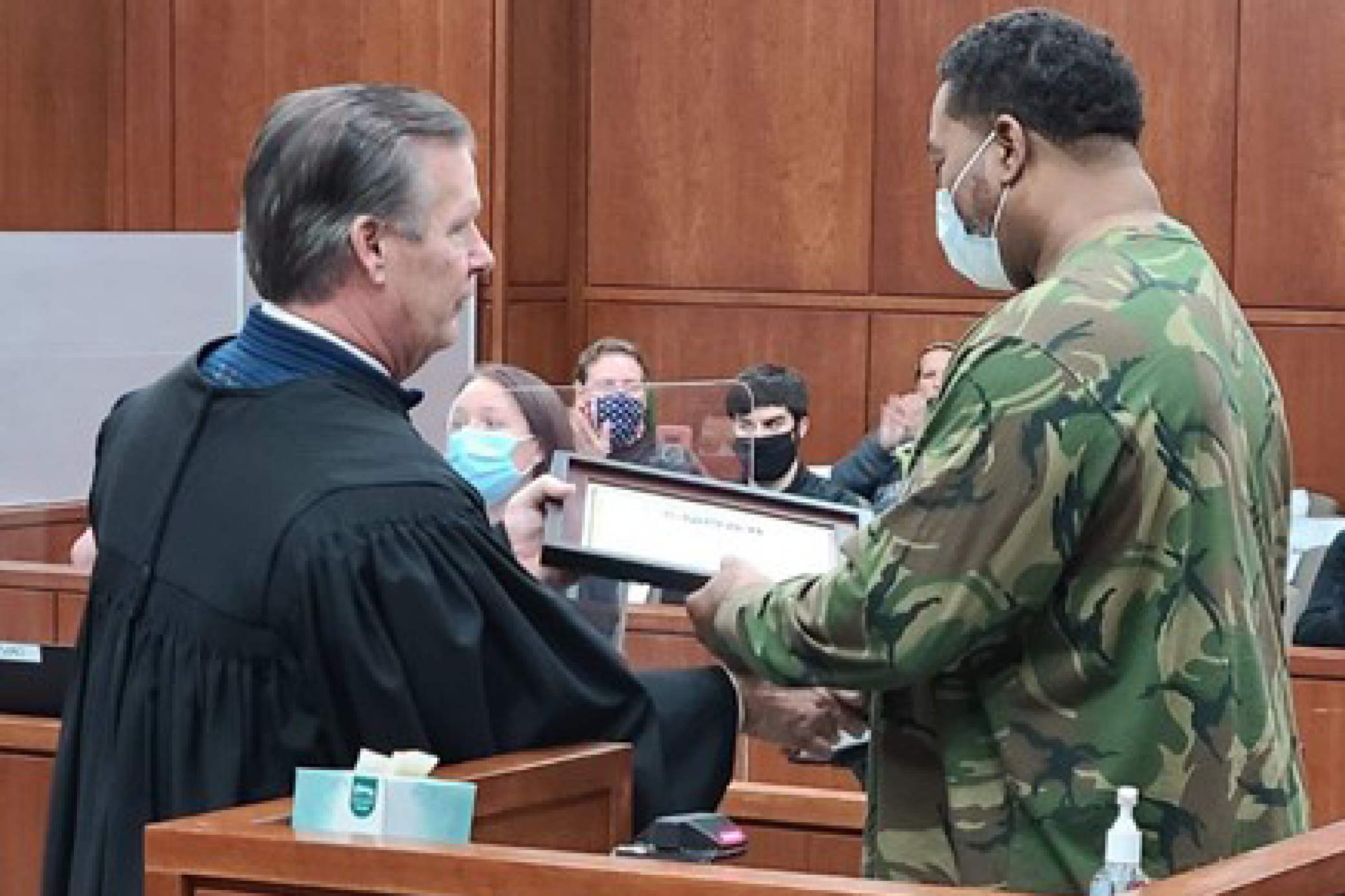 Mind Games
The court setting, even though it’s quiet and full of familiar faces, can be challenging for those with combat experience.

When Judge Tepe began his treatment court three years ago, participants asked to speak would stand in the center of the courtroom. He soon realized how uncomfortable that made veterans feel due to lingering effects from their military experiences.

“These men and women are more aware of their settings, and some are very fearful of people standing behind them,” said Judge Tepe. “So, we started putting them next to me in the witness box.”

One psychological approach clinicians use to untangle triggers is cognitive behavioral therapy. The process involves relearning and reframing one’s thoughts around a traumatic event, helping a person understand more about what happened, and how to respond when those thoughts and feelings reoccur.

Many programs have incorporated medication-assisted treatment as part of substance-use prevention practices to eliminate destructive coping mechanisms from prolonged trauma. Such methods limit the effects of PTSD, but they don’t address concerns regarding triggers activated from real-world exposure and interaction.

In order to help participants become more at peace with their environments and other people, approaches also focus on connecting the mind and the body. 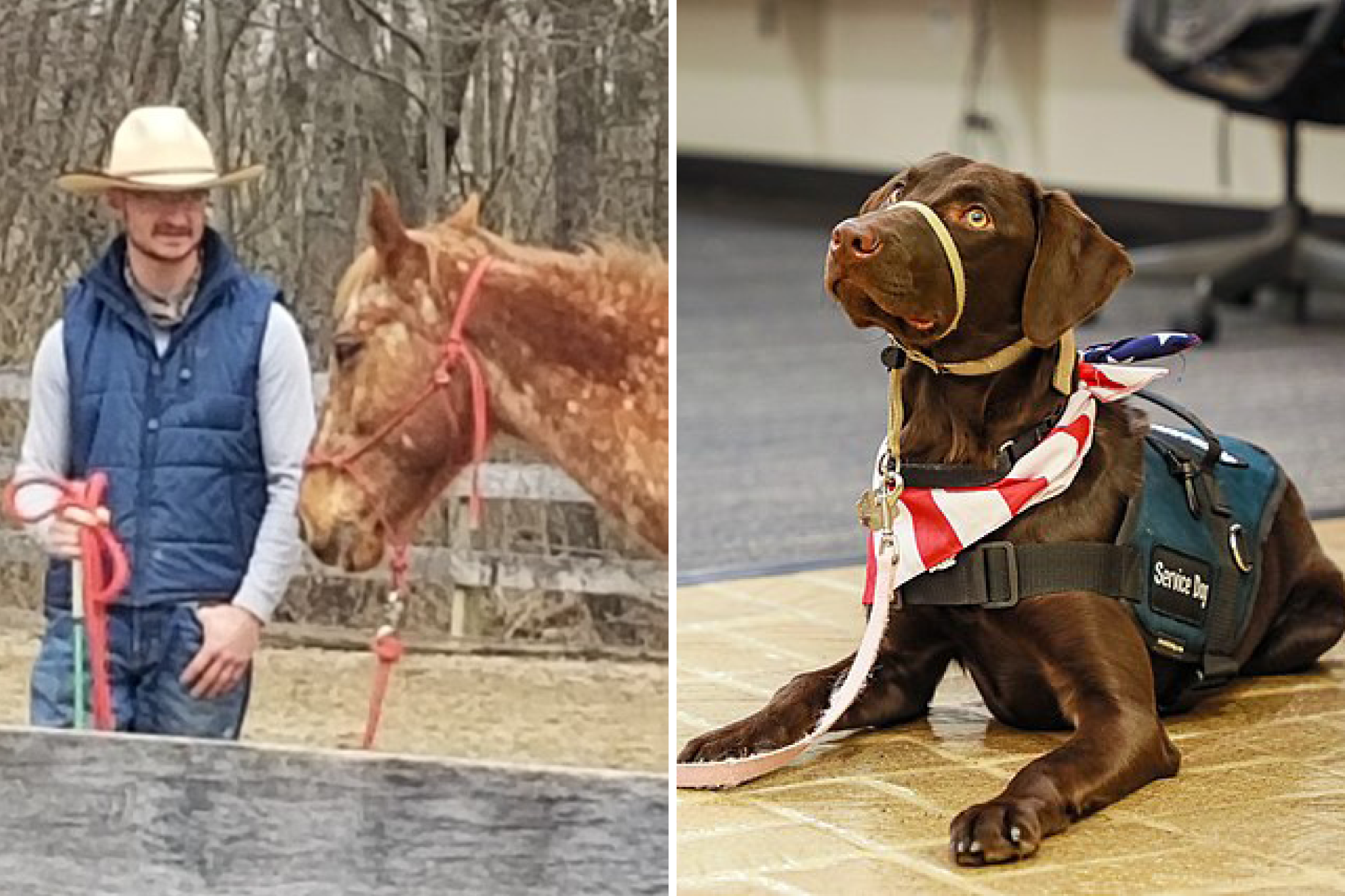 Man’s – and Woman’s – Best Friends
Mindfulness also can be practiced with animals.

Veterans with PTSD have been paired with service dogs for years, but now more men and women are involved in training them.

Citing positive results from studies that analyzed veterans’ interactions with service dogs, federal lawmakers – led by former Ohio Congressman Steve Stivers – passed a bill in the U.S. House of Representatives to set up a VA pilot program for service dog training as a means of therapy for veterans. The Puppies Assisting Wounded Servicemembers (PAWS) for Veterans Therapy Act was signed into law by U.S. President Joe Biden in August.

Along with canines, treatment court judges have seen how horses can help comfort and reprogram veterans troubled by trauma.

“It’s amazing how these horses are able to calm them,” said Judge Tepe.

Many veterans had no experience with horses before equine therapy and no idea how to engage or take care of them. Veterans quickly sensed how connected they are with other beings by realizing how much the animal reflects their behavior.

“A lot of the participants say, ‘I didn't know what I was supposed to be doing, but all of a sudden it just clicked with me that this horse is going to respond to me based on how we treat it,’” Judge Tepe said. 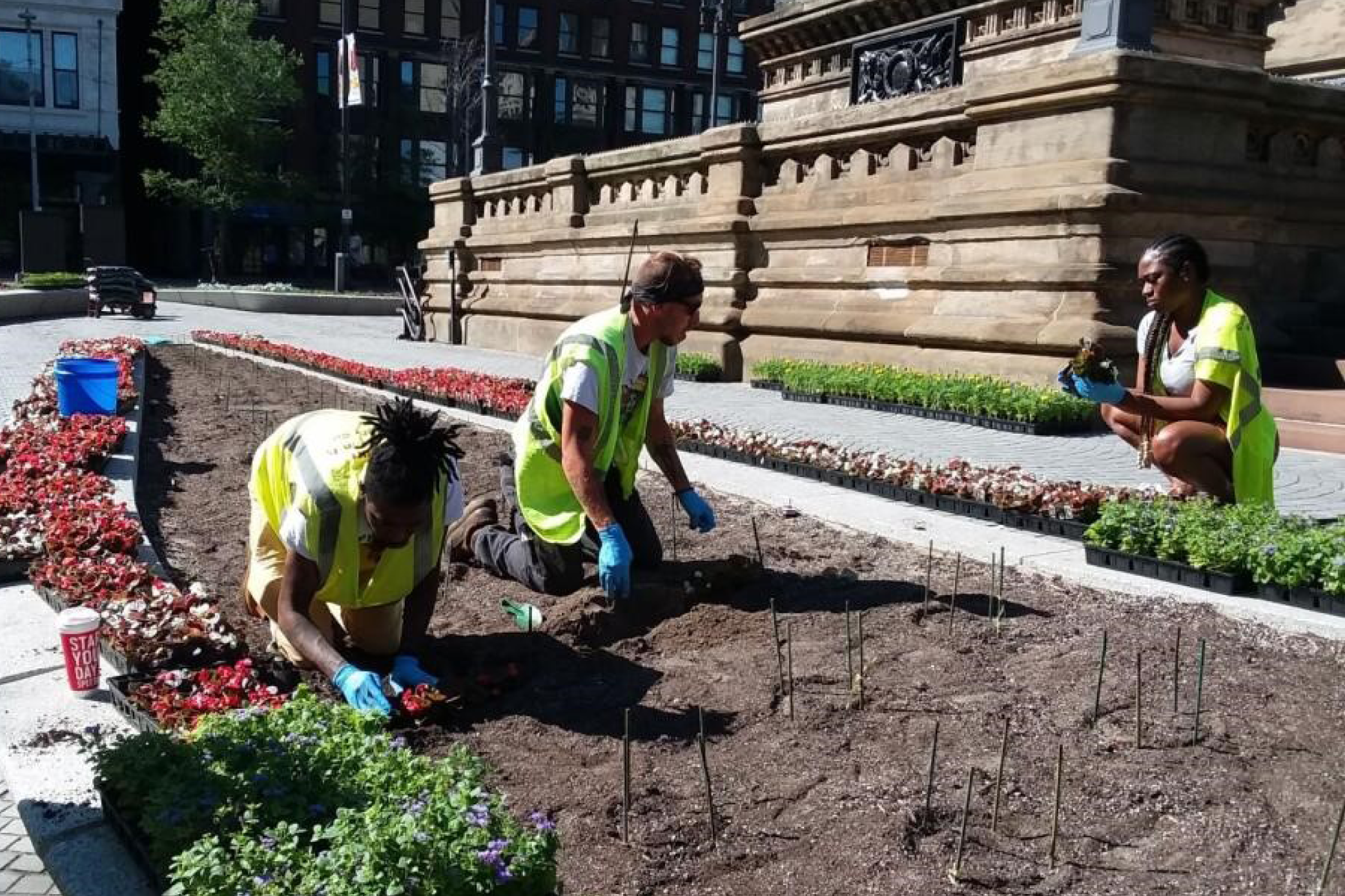 Members of the Cleveland Municipal Court Veterans Treatment Docket landscaping around the Soldiers' and Sailors' Monument in Cleveland as part of an annual service project.

United They Stand
Teamwork and collaboration are sacred in military culture.

Tapping into that tradition, Cleveland Municipal Court – and other treatment programs in the state – use community projects as an opportunity to evoke positive memories for veterans from their military service.

Along with paying it forward to the city and passersby, Judge Patton has seen how the men and women in his docket pay their respects to predecessors. Within Public Square, for example, is the Soldiers’ and Sailors’ Monument, recognizing those who served in the Civil War.

“It’s a full experience for them,” Judge Patton said. “The project coordinator from the city really enjoys watching them work together because he says it reminds him of their training in the military.”

“He says it’s the best group of volunteers he’s ever worked with.”

Proving Their Potential
While the struggles many veterans face – PTSD, other mental health issues, and substance use – may last with them for years, if not a lifetime, the tools they accumulate through their treatment court journeys allow them to better manage those potential pitfalls as they progress through their lives.

Those skills are developed from the time participants are accepted to their graduations. Program lengths vary in each jurisdiction, but for veterans committed to staying the course, such as recent Warren County VIC graduates Melissa Bergman (pictured below), Robert Dunson, and Richard Buckland (both pictured above), they fulfilled their probationary requirements in 18 months. 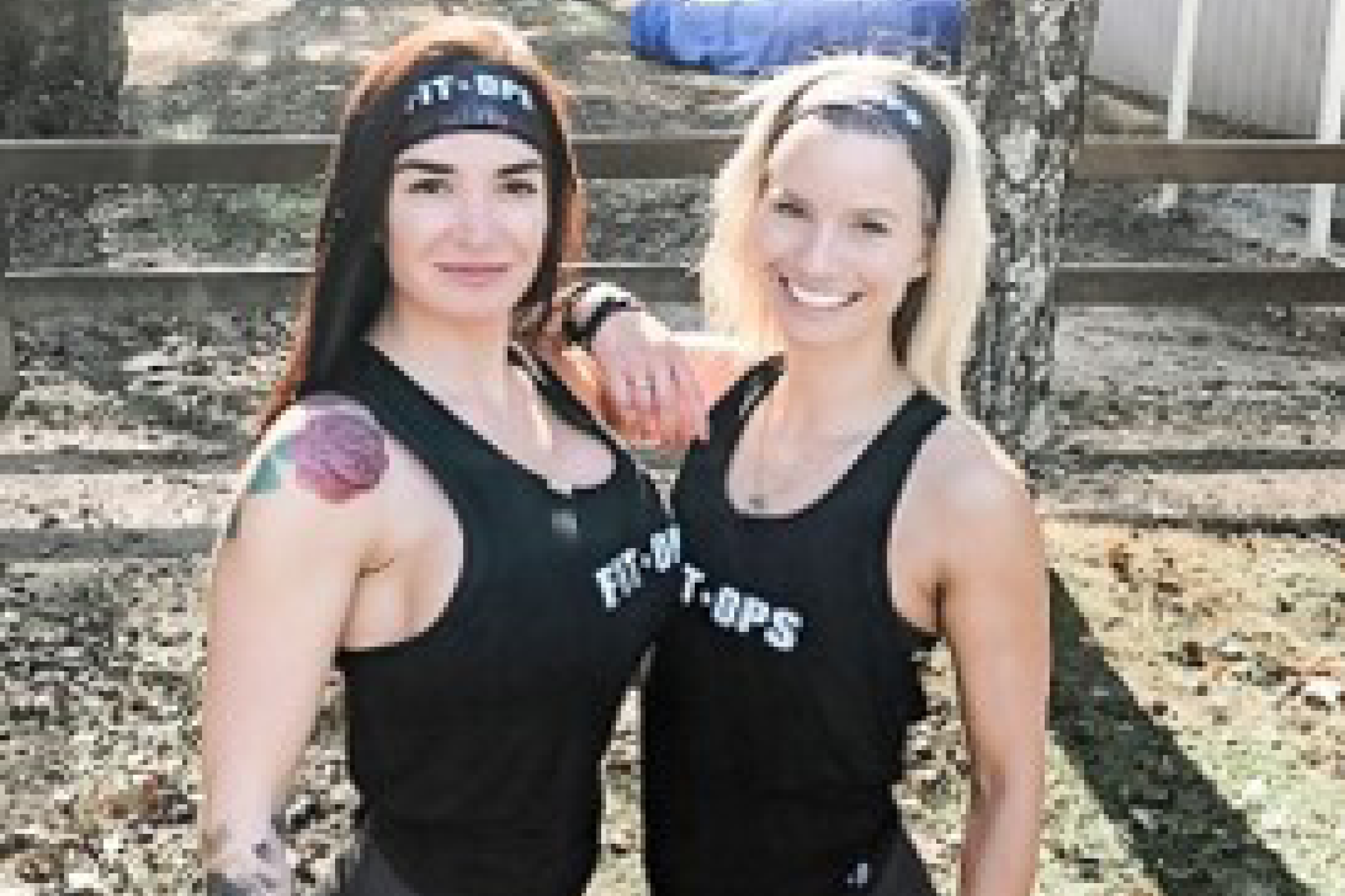 2020 Warren County VIC graduate Melissa Bergman (right), with a fellow personal trainer, utilized exercise as therapy during her time in the veterans treatment court. Bergman earned her national training certification through a program created for veterans and provided free fitness classes as part of her service projects for the treatment court.

Stagnated for years by psychological and emotional issues, numerous veterans court participants have surfaced from their darkness to develop their potential. On top of clearing their criminal charges and reducing recidivism, many veterans establish self-sufficiency by securing independent housing and steady employment.

“I had one participant get their driver’s license back for the first time in a decade,” Judge Tepe said.

Others even exceed their own expectations by graduating from college and venturing into careers they never would have considered before treatment.

“We’ve had poets writing books and getting published while in the program,” said Judge Patton.

The programs also create opportunities to right past wrongs, and leave no man or woman behind.

Because veterans treatment courts have existed in the country only for 13 years, many former service members who served decades ago and wound up in the justice system were without programs and services dedicated to resolving their traumas from time in the armed forces. Now, those who previously fell through the cracks, can get the help they’re long overdue.

“We currently have a Vietnam War vet in our docket, and he was never really connected with treatment since the mid ’70s,” Judge Nestor said. “He was an angry person with family issues, which he’s since reconciled. Now, he’s a model of change.”