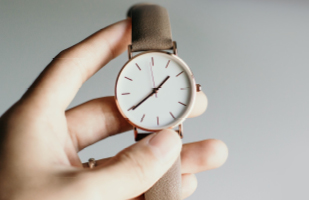 Prosecutors and victim rights advocates join a county prosecutor in arguing that the right to restitution in a 2017 constitutional amendment includes wages lost when victims attend court proceedings.

The Columbiana County prosecutor maintains that a man convicted of violating a protection order obtained by his ex-wife must repay her $1,615 in wages she sacrificed when she missed work to attend his court hearings.

The constitutional provision, known as “Marsy’s Law,” was developed to protect the rights of victims in the justice system, including entitling them to restitution from offenders.

The man counters that the lost wages weren’t a direct result of the crime so he can’t be required to pay them. State public defenders agree and contend that this type of restitution acts as a “trial tax” on those defendants who chose to exercise their right to a trial.

Former Spouse Asks to be Reimbursed for Varied Expenses
John Yerkey’s ex-wife secured a civil protection order against him that prohibited any contact. Yerkey was charged with violating the order and pled guilty in 2019 to two counts of the offense. At a restitution hearing in Columbiana County Common Pleas Court, Yerkey’s ex-wife requested compensation for attorney fees, medical bills, counseling, and $1,615 in wages lost while attending court. The court approved restitution for her lost wages.

Without Crime, Victim Wouldn’t Need to Take Time Off Work, State Argues
Marsy’s Law, which became effective in February 2018, states that victims of crime have specific rights, including the right to be present at public proceedings involving the crime, to be heard at those proceedings, and “to full and timely restitution from the person who committed the criminal offense or delinquent act against the victim.”

The prosecutor argues Yerkey’s ex-wife lost income from her job because of Yerkey’s criminal actions. Her participation in Yerkey’s case wasn’t her choice, the prosecutor maintains, because no prosecution would have occurred if Yerkey hadn’t committed the crime. His ex-wife had a right be present and to be heard during his case, the prosecutor adds.

Although the appeals court relied on R.C. 2929.18, which describes when restitution can be paid to victims for economic losses, the prosecutor emphasizes that constitutional rights can’t be limited by the General Assembly’s statutes. The Ohio Prosecuting Attorneys Association and a group of five victim-rights organizations agree in their amicus briefs, noting this statute must be interpreted in light of guarantees ensured by the state constitution.

The prosecutor and the amici also maintain that expecting victims to take on financial burdens will discourage them from participating in the justice system, leave them voiceless, and hinder their rights.

Wage Losses Aren’t Harm from Criminal Actions, Ex-Husband Asserts
Yerkey contends that restitution as understood in R.C. 2929.18 didn’t change with the advent of Marsy’s Law. Instead, he maintains, the victim rights enumerated in Marsy’s Law must be considered in the context of the statute.

He argues the statute allows compensation for economic losses that are a “direct and proximate result” of the commission of the crime. Restitution compensates actual harm due to the criminal conduct, in his view. However, he maintains, his ex-wife’s lost income wasn’t harm from the crime but a consequential cost incurred after the crime. He concludes that the wages lost for attending court didn’t directly result from the commission of the crime and can’t be recovered. In its amicus brief, the Ohio Public Defender’s Office agrees, asserting that charging defendants for such costs unconstitutionally punishes them for not pleading guilty.

Yerkey also rejects the concerns regarding financial burdens on victims, pointing out that victims can submit impact statements in writing and current technology offers alternatives for participation.

Oral Argument Details
The Supreme Court will consider four cases on Sept. 21 and four more, including State v. Yerkey, on Sept. 22. Oral arguments begin each day at 9 a.m. The arguments will be streamed live online at sc.ohio.gov and broadcast live on the Ohio Channel, which also archives them.

In addition to these highlights, the Court’s Office of Public Information released preview articles today about each case, available through the case-name links.

Tuesday, Sept. 21
Beginning in August 2017, a 15-year-old Cleveland boy went on a crime spree that included violent assaults and robberies at gunpoint. A 58-count complaint submitted to the juvenile court alleged he was a child. The juvenile court determined there was no probable cause that he committed 15 of the charges, but he was bound over to adult court to face the rest. In State v. Burns, the youth offender claims that prosecutors had no authority to indict him in adult court for charges for which the juvenile court found no probable cause.

A state agency awarded conservation grants to a Belmont County village for the purchase of land bordering two local reservoirs. The grants supported the protection of watersheds along the reservoirs. In 2012, the village leased the oil and gas rights on the properties for possible extraction of the minerals through fracking. The state agency sued, alleging violations of the property deeds. In Ohio Public Works Commission v. Barnesville, the village contends that the state agency illegally prohibits the transfer of property the village owns, and the deed restrictions on grant recipients violate public policy. The state agency responds that the restrictions supersede typical property rights and protect the public’s interest.

A Richland County woman was indicted on felony charges for bursting into her ex-boyfriend’s home in June 2018, assaulting his new girlfriend, and biting the man’s ear. The offense took place before the enactment of a new state law that switched the burden of proving self-defense claims from the defendant to the prosecution. In State v. Brooks, the Court will consider whether the change in law applies to the woman whose trial took place after the law took effect.

A two-year suspension with six months stayed is proposed for a Cleveland attorney accused of several ethical violations related to signing his name to a client’s change-of-plea form without the client’s consent. The lawyer also is accused of mishandling three other civil matters, including failing to take the proper steps to transfer his client’s cases when the Supreme Court suspended him in December 2017. In Disciplinary Counsel v. Smith, the lawyer objects to the claim that he changed the plea without his client’s consent, and maintains that his actions warrant a fully stayed suspension.

The heirs who believe they own the mineral rights in Brown assert the same arguments in Fonzi v. Miller, which involves another Monroe County property their family once owned. This property also was sold in 1952, and the family retained a one-third interest in the mineral rights. The current property owners in this case raise the same issues as the landowners in the Brown case. The Supreme Court has combined the appeals for oral argument.

In 2018, a Madison County man was convicted of several drug-trafficking crimes. During his sentencing the trial court made the required findings under two state laws to select an appropriate sentence. In his appeal, the offender argued the trial court reported the findings in the record and that his sentence was harsher than what findings indicated. In State v. Toles, the Court will consider whether an appellate court can review a trial court’s sentence if it complied with the sentencing laws and stated its reasons for issuing the sentence.